We received and therefore gladly share with you a very nice video from a fellow fan, who submitted it for the Springsteen and I documentary. Here’s his story, we hope you enjoy it as much as we did, it’s very well written and thoughtful.

I’m from a small suburban town outside of New York City. We were a middle class family with strong values and a lot of love in our home. Growing up I was always jealous of kids who had the excitement of living in the big city. At times it felt like suburban life was a punishment, bound to the monotony of cul-de-sacs and dead-end streets.

My only escape from my pessimistic view of the world was a movie theater screen and as Bruce says, “trying in vain how to walk like the heroes” I thought I had to be. It was at this point in my life that I discovered filmmaking. I was drawn to the idea of creating separate worlds and telling the stories of the characters who lived in them. I never listened to music growing up; it played in the background of my existence. It didn’t relate to me and I found that I didn’t relate to it.

That was until I was 17 years old and the sound coming out of my father’s stereo immediately drew me in: the screen door slammed and Mary’s dress swayed. For the first time in my life, I was listening to what someone was singing about. That’s because the more I listened, the more I realized he was singing about me. It was about suburban life, but painted in such a real way, that although it was music, I could see it for the first time.

There were distinctive images of diners, gas stations and highways and suddenly there were magical moments in the most mundane places. My boring, suburban life became enchanted by Scooter and the Big Man, as bare-foot girls sat on the hood of a dodge drinking warm beer in the soft summer rain. My town and life was no longer a prison, but was filled with endless stories and possibilities. It was a town full of losers and I was pulling out of there to win.

It was a reinvention, a connection, a celebration, but above all else, a life altering moment. The rest of my life would be a growing exploration into how and why one song could make me realize who I was and what I wanted to be. Now there were no roadblocks; just an open two lane stretch of highway and the realization that it ain’t no sin to be glad you’re alive. We didn’t need to die to go to heaven, we only had to press play.

I’d spend the next eight years chasing a dream, much like one of the characters in a Springsteen song. My bold yet naive optimism gave me the strength and courage to believe in my work and eventually landed me in Los Angeles, where I worked on the crew of several major television shows. But there was something very important missing, a part of my core. I couldn’t put my finger on it exactly, but I knew that what I was doing and my place in the world at large seemed off. Then I received a phone call.

It was my mom on the phone, her voice very serious. “Matt”, she said. “I got some tests back. They found cancer.”

I decided at that point that I needed to reconnect with what was truly important to me and on November 8, 2010, I had sold my LA life on Ebay and packed my car with the rest. It wasn’t an easy thing to do and as I turned the engine over, my mind became clogged with fear and uncertainty. That was until I played the song that got me there in the first place.

And like that, I was off into the desert of the South West, watching my present turn to past, as the gas station I had just filled up at, grew smaller and smaller in my rear view mirror.

I’ll never forget pulling into my parents’ driveway, feeling the warm embrace of my mother’s smile and having our first welcome home beer together. I find it ironic how the very song that sent me away, was the one that brought me right back. But that’s what Bruce’s music is all about; it’s a reflection of our individual place in this world, that when listened to, becomes a common, collective experience. My whole life, I was running towards something. I always thought that path was a straight line, but it turned out it was a circle and the place I’m at today, is the place I was when I started.

Along the way, I made many friends, learned important life lessons, and returned with great memories. The only thing that remained the same was my traveling companion, Bruce. I feel married to the stories in his songs as together with the music, we grow older. We’ve transformed together; and though the words and chords have remained the same throughout the years, the story is forever changing. 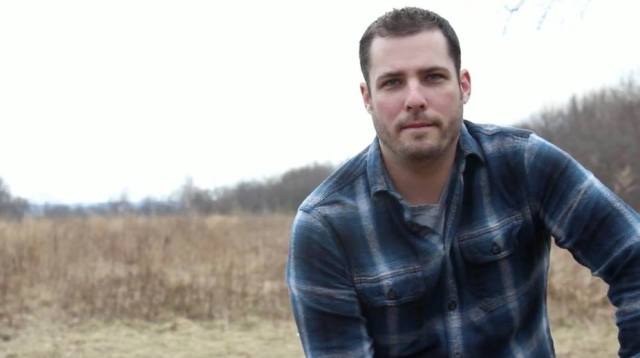