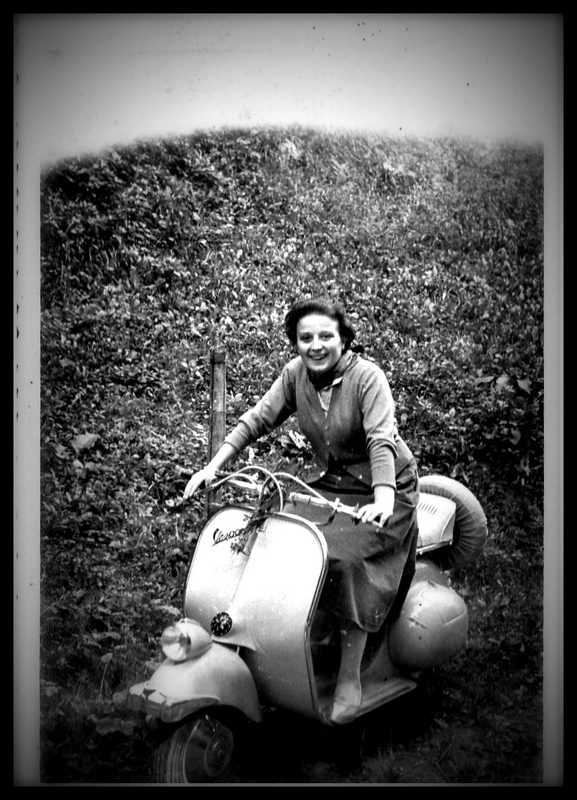 Today is my mom’s birthday, and even if she’s no fan at all, I’d like to thank her on this page. She never tried to tear Bruce and his music apart from me, she never tried to call me out of this strange passion she did (and does) not understand. When I was a teenager and began to bring home Bruce’s vinyls, she just asked a couple of times So who’s this? an american right? mmmh, ok. And then another time she asked Is he a good guy? (like he was someone I could actually date, or take home to meet the parents!), is he taking drugs? is he violent? and when I said Yes no and no, that was it. She never raised the question again.

My parents let me go to my first Bruce show when I was 14 years old, and you know how they say, 14 years old in 1985 was not like 14 years old nowadays, that in a way is surely true. I asked my mom lately if that was in fact a big decision in my family, because I don’t actually remember any particular discussion on the subject. And she said Well, we were not happy, it was another era. You didn’t have cell phones, you had no way of controlling your teen (not that you can actually “control” them now, just saying) when far from home, sure it was a big decision: a girl, just 14, in another town, to a rock show… But your father said She wants to go, she’s not a baby, plus she’ll be with a couple of friends. And I said myself  You have to trust your children, sooner or later. You raise them, you try your better to warn them, to raise good human beings not too stupid. The rest, in the end, is up to them. And God. I spend the all evening praying until you came back home, screaming in the back yard BABY WE WERE BOOORN TO RAAAAAAAN waking up all the neighbors.

There was one time at a school meeting with parents, and I heard my friends’ mothers saying that their daughters were bat crazy about this strange new band called Duran Duran (!!!) and my mother said Well mine is crazy about an american rock singer… it’s just the age talkin’, they will grow up out of this. But I didn’t grow out of Bruce. And though she had to assist to many many many years of extreme fandomness on my part, she never told me Ok it’s time you understand that adults don’t spend all their money to travel around the world for rockstar concerts. She just complained a bit because she was worried I was not saving some money for my retirement fund (as if…), but for the rest she just says You work, you earn your money, you spend it on what makes you happy.

And many many years later there was this big advertisement sign for a Duran Duran Reunion (My God the horror) and all my co-workers were again bat shit crazy again for a night, you know, just that night: because they didn’t live their passion during the years, they grew out of it, and it was ok for them to re-live for few hours their teen years.

So the next day I was there to my mom’s for a cup of tea and I told her See? I’m still here, Bruce and vinyls and rock’n’roll and everything. I loved him then and I’ve not changed like all my classmates did, in this passion.

And she said Well there’s love, you know… and then there’s LOVE.